Q. What is a Twaeez?
A Taweez is a blessed prayer written by a very noble and practised Spiritual practitioner known as Peer Sahib (Or Shaykh) in the Indian Subcontinent. The prayer is written in numerical form in Saffron ink on a small paper and then prayed upon and encapsulated in a metal cylindrical capsule like container. Which is then Hung around the neck with a string.

Alternatively theTaweez can be given to be dissolved into a container filled with drinking water. This results in blessedwater acting as medicine to rid any ailments the drinker may have.. 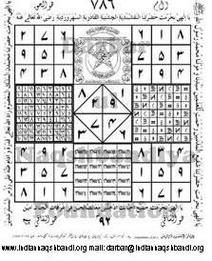 Fig 1 : A Taweez or Talisman may look something like this. 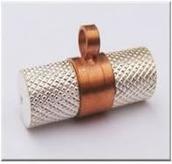 Fig 2: Cylindrical Capsule. This is used to house the Talisman. It is robust and protects the Talisman from wear and tear and dampness.

Cylindrical Capsule.
The Taweez is usually given to the patient for a certain Ailment or for general blessings and Prosperity.
The Taweez is also written and can be prescribed to be placed in a vessel of water for example water bottle ,from which the patient drinks the blessed water to get better or rid is Ailments at the prescribed time during the day. In this case the Taweez is written in Saffron and then prayed upon, after which it is folded in a controlled manner and given to the patient to place in the container filled with water and from which he is going to drink from. This Taweez will bless the water and Insh-Allah (God Willing) Will cure any Ailments of the patient.

Q. What if someone else accidentally drinks this water other than the patient?
This is not a problem as this is a blessed water, it does not cause any harm to anyone it is 100% safe and will not harm anyone. Actually it will be beneficial to them. Often Peer Sahib prescribes and urges that all the family drink it.

Q. I have heard from other Muslims that this is black magic and the issuer of these Taweez can control the patient wearing or drinking water from them is this true?
Taweez are written in numerical codes only understood by the learned spiritual practitioners ( Peer Sahibs). Sadly there are people whom can use these for the wrong intentions and write out bad Taweez to control the person they are issuing them to. This is called Black Magic and can bestow the person wearing them to the demands of the issuer.

This is like the Knife in the kitchen. It is a blessed tool if used properly as you can cut bread, fruit,Vegetables etc …etc. It can ease life. However this Knife if used for the wrong intentions can be fatal and can cause injury or death.
Similar to Antibiotics or medication prescribed by the doctor. If these are taken wisely and issued correctly and thoughtfully by the doctor you should be better from Ill-Health in short span of time. However, Should the Doctor or anyone issuing you these be attentively negligent then, this can cause Side effects, Sever Health problems and worse.

In the same way if the Taweez are issued with Negative intentions and wrong type of prayer on them and you wear it or drink from the water it is mixed in, then! You have problems. Therefore You must be certain that the Spiritual Guider, Healer (Peer Sahib/Shaykh) is a recognised in the community and is a well-known and respected figure otherwise you are lurking in dangerous waters. ….KEEP AWAY!!

To recover from Black magic usually you have to take the Talisman off and stop drinking and trusting the Spiritual practitioner who is probably not a learned person anyway. He will possibly be photocopying prayers out of books that he knows work the negative influence on his victim (The Patient). The so called “Spiritual Healer” will work for his glorious Goal of making money out of commanding and using the Patient.

Q. I have Heard some Muslims say that this is “Bidat” (Arabic word for forbidden) and it is the work of the Satan. Is this true?
Very, Very sadly over centuries this type of remark has been made by the Radicalistic and extremists in the Islamic world, whom have no knowledge of Sufi Spiritualism. They never seek help from the Saints or Spiritual Guiders (Peer Sahibs/Shaykhs ) & thus have not seen the blessings that they can achieve time to time in their daily lives, had they had knocked on the door of Sufi Saint’s .

Matter in-fact these Radicals or Extremists consider Spiritual Guiders (Peer Sahibs) as forbidden in their Islamic Beliefs and thus slander all the work the Sufi’s do to pray for mankind regardless of Race, Religion or Gender.
Therefore to summon it up yes the Radicalistic& Extremists have forbidden this blessing upon them self, although I have seen some come to the door of the Sufi’s when their children are poorly and they are need of urgent blessings. However the rest of the world enjoys the blessed Divine light from the Sufi Saints as it helps people to recover quickly and very, very often miraculously.

Q. I have heard from a Muslim Friend that, Since I have a different Religion to Islam and thus my belifs are different, I should not wear Taweez or drink any water mixed from it as this would bring ill-fate or bad Luck to me since the words in the Taweez are Holy & Quranic.

This is a big misconception amongst the Muslim belief. The Divine light of blessings is for the whole Universe, mankind, ultimately all creations..not just for Muslims!

Yes it is true that, verses from the Quran should not be prescribed in any manner to any person that the Prescriber (Peer Sahib/Shaykh ) has doubts that, they will not be able to respect the Holy words by adhering to strict code or the individual has problems with personal Hygiene. Therefore to help these people recover from illnesses Sufi’s give Taweez that are not in Arabic form. They are actually written in numerical from and have been authorised by Highest Spiritual command in Sufism to be certified for use with anyone of any nature Regardless of their Religion Belief.
These Taweez have now been used for Centuries and have successfully remedied people’s ailments in the past present and future without any discrimination to the person’s beliefs. Matter in-fact the Taweez work effectively similar to those with Quranic words written in.

Basically Sufi’s respect all, no matter whom the person is and where they are from. If a person in need, knocks on the door of Sufi then it his/her duty to help the person in need regardless of any discrimination of any form, even if it is a animal.

Q. What Ailments, Illness can be cured by Sufi Healing Treatments?
We provide Spiritual treatment for Negative Spiritual Possessions, Depression, Body Pain-Joint Pain,Pray for success for the Unemployed,Stress,Devil Extraction, Success in Litigation cases,Pray for success in finding suitable Life Partner,Remedy for any unexplained Medical ailment,AngerManagement,Remedy for Negative Personality, Success in Exams: Educational,Driving or any other Exam or test. Sleeping Disorder’s,Sleep walking, Nightmares,Children Behaviour Problems. Childless Woman,Skin Disorders,Pimples. Addictions,such as: Drug abuse, Alcoholics, Obesity, Smoking etc…etc.. Basicallyany ailment that is considered unexplained by modern Medicine can achieve successful results, through prayer,Fatih Healing – Sufi Healing!…Basically Sufism belief is that there is a cure for everything Except! for Death. …..Inshallah! (God Willing!)

Q. Why the Home Page Design Looks like an HONEY COMB ?

A. Alhamdullillah. A Lot of Effort has been put into design the homepage of this website.

Chatti Sharif is a monthly event at the Dargah . In this even Fathia Sharif is read. Fathia  is a Tribute Prayer to the deceased. Chatti sharif is a Tribute or commemoration event  to Hzrt. Khwaja Gharib Nawaz (R.A). This event is organised by Ajmer Sharif every month on the 6th Lunar date.

It is worth mentioning other monthly events at the Dargah.

Those who attend these functions or donate towards this cause regularly realise its solemnity and sanctity and also the benefit which they receive.